Life Recovery Step One: Admit You Are Powerless 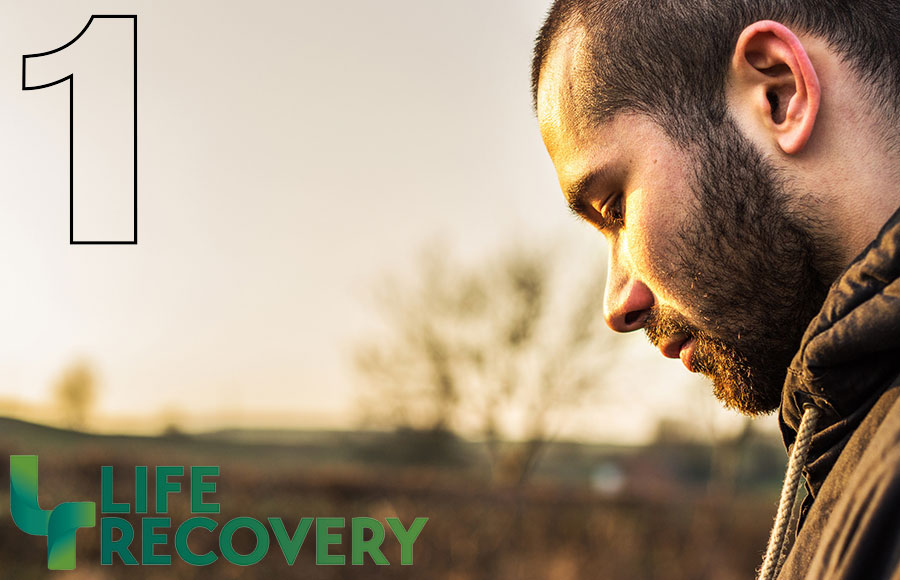 Can the 12 Steps of Life Recovery help anyone? Yes, absolutely! The 12 Steps are especially beneficial for anyone whose life has become unmanageable (Isn’t that most people?).

So, where does someone start? The best place to start is by taking the first step. Life Recovery Step One says: “We admitted that we were powerless over our problems and that our lives had become unmanageable.” If someone wants to change their life, they must admit to themselves, God, and another person that they are powerless and that their lives have become unmanageable. To download all the 12 Steps, click here.

When individuals refuse to admit they are powerless, they’re only deceiving themselves. Yet, all the while, they are inching closer to disaster. The lies they tell themselves—and others—are all too familiar:

One person in the Bible who couldn’t admit they were powerless until too late was Samson, one of Israel’s judges. As a child, his parents dedicated him to God. He had gifted Samson with supernatural strength; however, Samson had a lifelong weakness—his toxic relationships. Samson did not see the dangers he faced in his toxic relationship with Delilah. His enemies were paying her to discover the secret of his strength. Three times she begged Samson to tell her his secret. Each time she set him up and tried to hand him over to the enemy. Samson lied to her three and was able to escape. But each time, he got closer to telling her the truth. Eventually, Samson revealed his secret. Then, they took him captive.

His real problem was lying to himself—by refusing to admit he was powerless, Samson remained blind to the apparent danger that his pride and unhealthy relationships with the opposite sex were leading him into. And this caused him to inch his way toward a sudden death gradually.

One must learn a lesson from Samson and not fall into a similar trap. Isaiah 40:29 says: “He gives power to the weak and strength to the powerless.” When someone acknowledges they are powerless, they will become more aware of behaviors that will lead them to destruction. For help with any unhealthy habits or behaviors, find a Life Recovery Group online or in person.

Anyone whose life has become unmanageable can admit that they are powerless. When they do, God will empower them with the strength to overcome their struggles.

Adapted from The Life Recovery Devotional by Steve Arterburn and Dr. Dave Stoop